The Gold Coast Airport has much to offer when it comes to passing travelers. The facilities are clean and you’ll find large bathrooms, baggage pick up or drop off centers, etc. The working staff at gold Coast Airport is friendly and also helpful for those who need more information or have a specific request. Before arriving at the airport, you should prepare a few hours ahead of time when it comes to what type of items you’ll bring, parking decisions, and getting there on time. You can even book your gold coast airport car hire online before you arrive, that way your rental car is waiting for you.

The Gold Coast Airport is considered one of Australia’s most well known airports. According to 2010 records, it shows that this airport is the 6th busiest one in Australia. This airport is both used for domestic and international planes. If you are coming from Brisbane, it is about 62 miles away. From Surfers Paradise, you will only need to travel 16 miles to get to the airport. The runaway is along 5 suburbs, close to the state border of Queensland and in New South Wales as well. In the summertime, both of these states have different time zones. 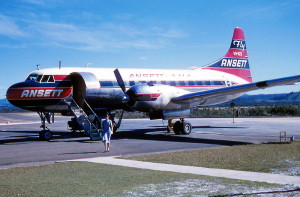 Up until the year of 1999, people would call this the “Coolangatta” airport. Before, it had a long strip of grass – three of them to be exactly. This was only used for emergency landing on certain planes from the Brisbane or Sydney areas. The very first passenger plane to fly for the first time took place in the year of 1939.

What not to pack
You shouldn’t pack anything like pesticides, gas cylinders, drain cleaners or petrol. Glues or aerosol cans are also dangerous. When planes are flying high in the sky, they will have a lot of pressure. The precise amount of atmospheric pressure will reach up to 75kPa. Also, temperatures can plummet to 40 minus or even 55 Celsius. If people were to store all of these items on a plane, a fire could easily take place or your things would just explode from the pressure. This is why the Gold Coast Airport will not accept any of these items. Anything that has a “hazard” symbol should not be taken on the plane so be sure to double check.

Guidelines
In the airport, you should never leave any bag unattended. A bag that is unattended will either be confiscated by airport security officials or can be stolen by anyone who passes by. Take care of your all of your items and keep them close.

Children should be well looked after. If you have a stroller, the Gold Coast airport prefers you use the stroller. There are some strollers that include a car seat attached so it looks like it’s a part of the stroller too. This is great for those who plan on renting a car or just want to keep your child safe in the taxi by buckling them in.

According to the Gold Coast airport, you are allowed to take sealed food on the plane. Just make sure you put it in your purse before going on. As far as liquid or any drinks, they will not be permitted on the plane. Remember that you can have water or any type of drink served to you on the plane if you become dehydrated.